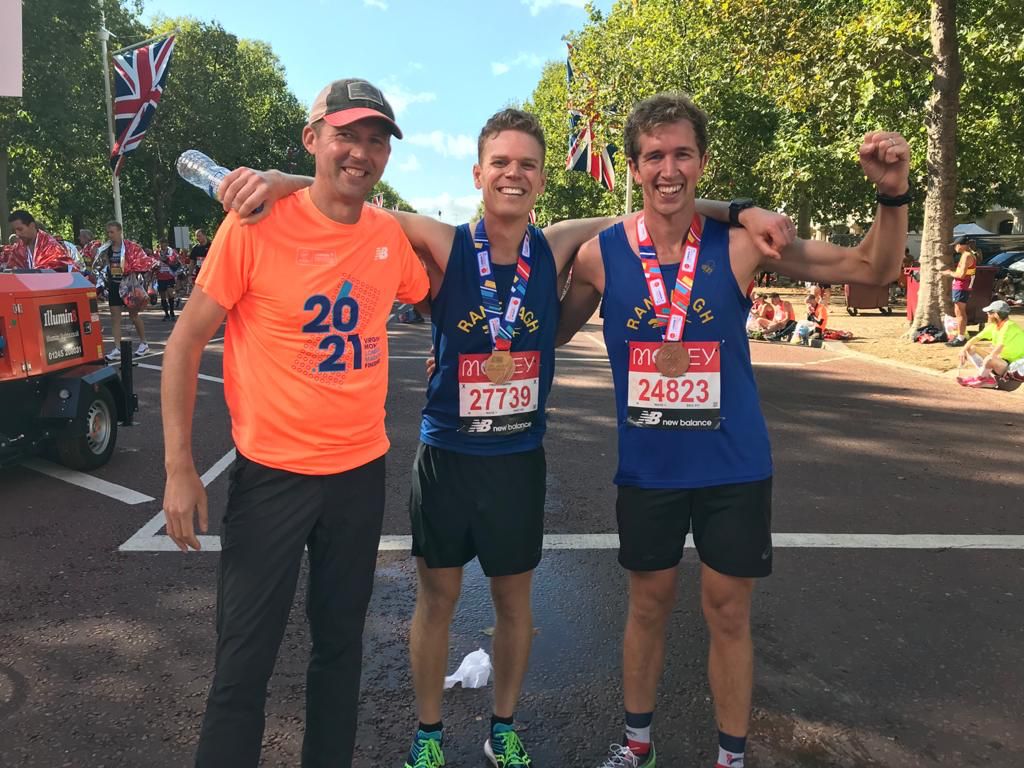 This week we collectively ran 6,515km over 657 activities, including 32 marathons and 1 ultramarathon – well done all!

You’ve done some epic racing this weekend, but before we get into that (of which there’s lots to report!), here are some facts you may or may not know about Ranelagh’s long history with the London Marathon….

🔹 It all began after a Ranelagh training session back in 1979, when a group of runners went for a post session drink in The Dysart Arms. Some of the runners were talking about their experience of racing in the 1978 New York Marathon, a trip which had been organised by Ranelagh’s Steve Rowland. Chris Brasher listened to their enthusiasm about the event, and tried out the New York marathon for himself later that year. This inspired him to then organise the first ever London Marathon, taking place in 1981.
🔸 In this first event, we had nearly 30 Ranelagh members running, including Chris Brasher himself who managed to take time out from organising to clock 2:56:56.
🔹 In 1982, Ranelagh’s Hugh Jones won the London Marathon in 2:09:24. He was also 2nd in 1986, 3rd in 1987 and 4th in 1988.
🔸 In 1983, Ranelagh’s Priscilla Welch finished 2nd in 2:30:06, earning her selection in the Los Angeles Olympics that year, along with fellow club mate Hugh Jones.
🔹 In 1987, Priscilla, aged 42, set a new all-time British record at the London Marathon with a time of 2:26:50. It still stands as the WV40 British record.
🔸 The men came 2nd in the Southern Champs team prize in 1982, and 3rd in the AAA National Team competition in 1987. The following year they were the 4th national team, and in 1991 we got bronze again.
🔹 In 1997, Margaret Auerback was the first WV50 at the London Marathon, with a time of 3:03:40.
🔸 Ranelagh’s Mike Peace is one of the 10 remaining ever-presents, having run every London Marathon since it began. He ran his first at the age of 31, and clocked his best time 10 years later (2:38:23). He also ran a superb race today (results below).

🔷 The first result in this weekend was from Jim Graham, who ran a phenomenal race to come first in the North Coast 110. This race takes on 110 miles and nearly 6,000m elevation gain along the coast of the South West peninsula. The runners set off at 7:30am on Friday morning and, having started mid-pack, Jim gradually passed each runner ahead of him to secure a lead by Friday night. He continued to push on through the night, finishing in 25:08:02, over an hour ahead of the next runner. An epic run, a fantastic achievement, and another gold medal for the Ranelagh Ultra Crew!

🔶 Next up was parkrun. Congratulations to Mel Thomas who celebrated her 400th parkrun, Hadi Khatamizadeh who broke 20 in Bushy Park in 19:53, and Cecily Day who smashed her sub 20 goal at Richmond parkrun in 19:42.

🔷 Well done to Mike Morris who came 6th in Serpentine Handicap race in Hyde Park, covering 7km in 27:50. We’ll let him off for choosing a Serpie handicap over a Ranelagh one yesterday, on account of him working in the afternoon.

🔶 Saturday was also Ranelagh’s Page Cup featuring the best of the day’s soggy weather and plenty of puddle splashing. The top 3 finishers fought a close battle for gold, with Dave Kew putting in an all effort sprint to cross the finish line 2 seconds ahead of Carol Aikin, who was just 1 second ahead of James Ritchie. In speed order, Ed Forbes took the win (32:11), followed by Suzy Whatmough (33:26) and Vaughan Ramsey (34:26). Ciaran O’Donnell, Tomas Lahille and Chris Bundhan were a bit slower than expected getting back, having taken the more scenic Page Cup route!

🔷 Whilst many of us were sleeping, Richard Gurd did the Moonlight Marathon Walk, starting midnight and walking along the Thames from Jubilee Gardens, and finishing in Bushy Park.

🔶 Jarryd Hillhouse went further afield this weekend for his marathon, running a fantastic PB (3:18:14) at the Loch Ness Marathon.

🔷 Last but not least is the London Marathon! A huge well done to:

… and we also had many of you running various routes in the virtual London Marathon. A massive congratulations to:

All of you are absolute superstars – well done!!

A big congratulations also to Jackson Creegan, who proposed to his girlfriend during his run. And she said yes ❤️! We’ll say yes too if you ever want to come back to Ranelagh, Jackson!

🔶 A very happy birthday to Victoria Orme on Friday, who started her celebrations with a birthday Zumba class and a cool down jog. We hope you had a lovely rest of the day, Victoria! 🎂

🔷 Congratulations to Pete and Narissa Vox who celebrated their wedding anniversary with a run, 4k representing 4 years of marriage ❤️ 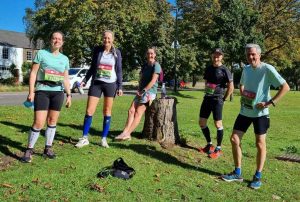 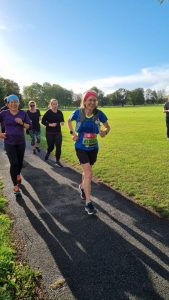 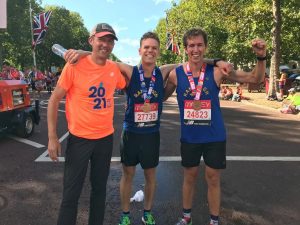 Clare Fowler running happy (in this moment at least!) for a huge PB 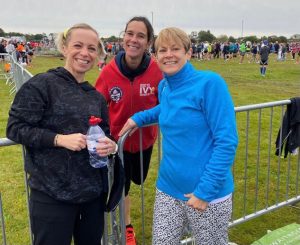 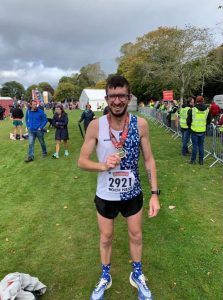 Jarryd celebrating his PB at the Loch Ness Marathon