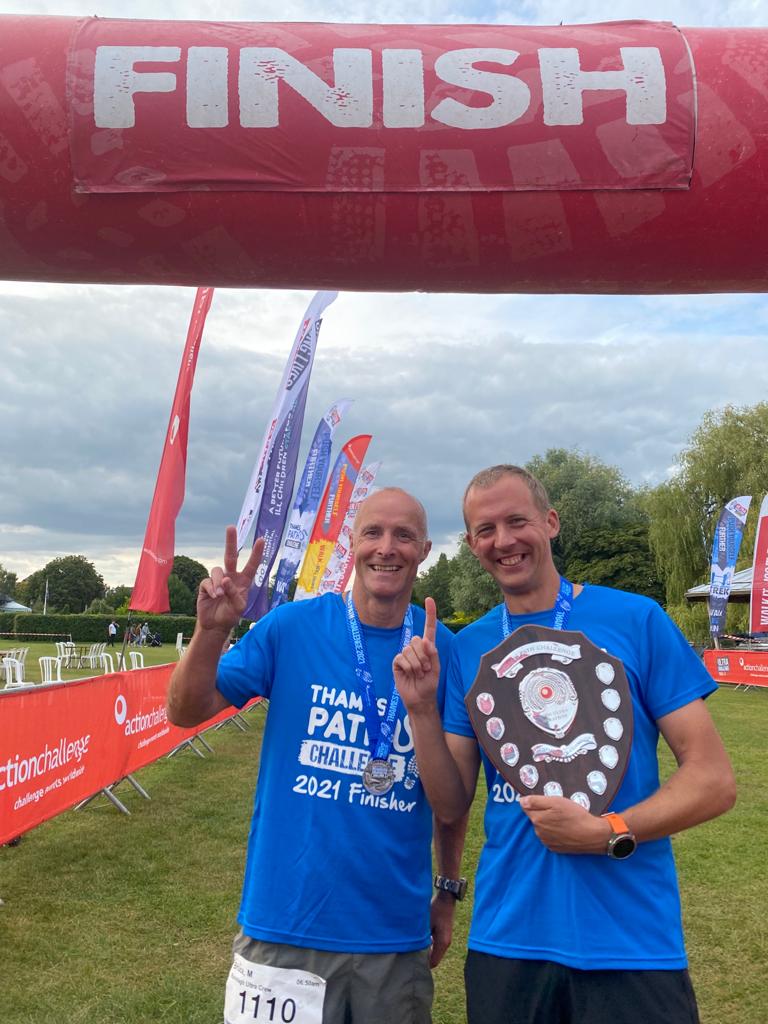 Well it’s been an epic weekend – enough in there to make for multiple rundowns, so much racing! So pull up your favourite armchair, grab a mug of cocoa (or drink of your choice) and we’ll begin!

🔷 So many different parkruns tackled this week, but finishing on the podium this week, with first at Richmond was Adrienne Baddeley, with Natalie Haarer, first at Bedfont Lakes, Dave Lawley in 3rd at Gunnersbury and Clare Fowler in 3rd at Osterley,

🔷 Shout out to Julian Holden (previously of Inter 2, now training with Inter 3) who’s working on the comebacks of comebacks from injury. Julian only joined the Ranelagh Strava group 4 days ago. Since then he’s run the Asics 5k (Wednesday), gone to track on Thursday, then on Saturday did Osterley parkrun and the Richmond Runfest Sundown 5k that same evening and lastly, ran 6k with Bearcats this morning and a further 6.5k this afternoon. Can I have some of what you’ve been having Jules? 😂

🔷 And how do you follow that up? How about barely 6 hours later taking part in the Middlesex Road Relays as part of the winning Ranelagh Dream Team with Cecily Day and Izzy Atkins. Brilliant running and a really well deserved win. Well done!

🔶 Combining his running with a bit of swimming and cycling was Ed Smith – finishing 4 minutes quicker than last year in 1:24:17. Whilst running is the best sport, we like to see a bit of competitive cross-training too!

🔷 Running in the Great North 5k was Carol Aikin, who completed this in 25:50 despite the humidity, before completing a northern parkrun and then dashing back for the Second Sunday 5 miler in Wimbledon completed in 44:55. Husband, Steve, meanwhile was just in for SS5, coming in in 40:31.

🔷 And yet more half-marathoners… Taing part in the Pilgrims Way half were Liam Griffin in 1:48, Rebecca Bissell in 1:52, John Tovell in 2:03 and Aoife Kilpatrick in 2:24. Another Pilgrim, taking on the full marathon, was Sam Rhodes, who completed the course in just over 4 hours. Great going guys 👍.

🔶 There was a lot of racing in the Richmond vicinity! In the Richmond Sunday 5k was Simon Martin, pacing a man with a 4 month old hip replacement to 21:53. Hmmm, I may be calling on your damaged hip pacing duties soon! 🤣 Also in the Sundown 5k was Shaun Griffith running a 19:57 as a warm-up for today’s Richmond 1/2 marathon which he completed in 1:39:42 after suffering knee issues on the way round. Charlie Harrison also ran the half, in 2:05:55. Andy Starr meanwhile did his doubling up on the same day with the Kew Gardens 10k in 37:30, before completeing the Sundown 5k in 18:41. Impressive stuff!

🔶 Taking on the Richmond marathon were the Pinnacle Masters – Gav Hillhouse, getting round in 4:24, with assistance from Alberto Esguevillas, and Lloyd Camp, round in 5:07. Chris Cato completed this as a training run in 4hr27. Running a very impressive debut marathon was Phil Collins, getting round inside 2:58. Meanwhile running a huge PB, and with pacing assistance from about half of Advanced 1!, was Mark Herbert, completing inside 2:51. Fantastic running.

🔷 No marathons are easy, but some are harder than others. One such is the Jungfrau marathon, with over 2000m of ascent, and completed in a storming 4:45 by Gaz Jenkin with his brothers to raise money for the Jersey Hospice in memory of his father (https://www.justgiving.com/fundraising/rodric-jenkin). Top work Gaz – I think you’ve done him proud.

🔷 I’m almost breathless after all that! Time for something more sedate…. Ultra-running, where you can go all day, mostly walking and eating right? Wrong! Completing a Ranelagh 1-2 in the Thames Path 100km from Putney to Henley were Gareth Williams (beating Bruce Mclaren’s prior PB) and finishing in just under 10 hours and with Bruce just over 20 minutes later. And this despite Bruce being stung by a bee, and tumbling as if shot by a sniper, before turning it into some kind of commando roll 🤣. Seriously impressive from both of you. Bravo.

🔶 Meanwhile, more in the going all day category, Vaughan Ramsay took on his debut ultra – UTS in Snowdonia. Vaughan may have taken on a little more than he expected, but he stuck with it on a 50km course with nearly 3500m of elevation, battling through to finish in 13:00:11. (Which hurts more – those 12 seconds or your quads!?) Just ahead of Vaughan, and finished as second lady was Celia Waring in 8:36.

🔷 And really going all day were Sally Minchella and Suzy Whatmough taking on the UTS 100km – a beast of a course with nearly 7000m of elevation. A 4am start helped ensure lots of night-time running across very technical and often very sodden terrain. Suzy added to her broken wrist of 6 weeks ago with an early fall to break her finger. The pair of them battled on crossing the Snowdon range twice, the Glydders (back into the dark again now) and onto the Carneddau, before heading back the long way to Capel Curig for a, respectively, 29:22 and 30:29 finish. Epic stuff from you both 💪. 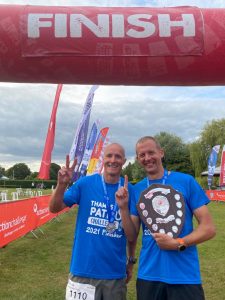 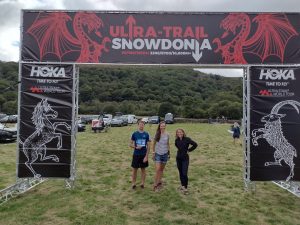