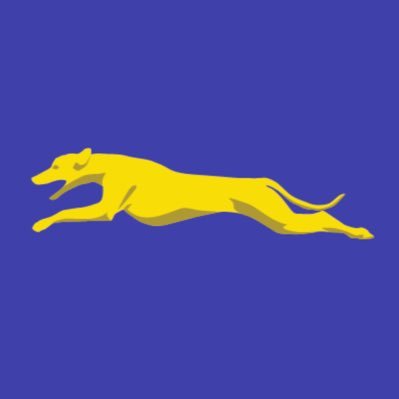 🏝️ Clearly dissatisfied with the lack of red weather warnings this week most of you seemed to be using the start of the Summer holidays to run and sun yourselves in some disgustingly nice places. There are far too many exotic locations to mention but this week’s Strava feed definitely has an overseas flavour to it – more of that later.

⚽🦁♀️First off and much more importantly – CONGRATULATIONS TO THE LIONESSES! What an absolutely incredible tournament. The ladies were superb from start to finish. I’m sure you were all praying they would avoid penalties at the end!

🏞️ Running wise we must start in Blighty where the Ranelagh Ultra Crew’s finest were taking on no less than two different major 100 mile challenges up North this weekend. And first billing simply has to go to Gareth Williams who LITERALLY WON THE PEAK DISTRICT 100! With an absolutely epic performance Gareth completed the 100 mile course in a ridiculous 21 hours and 40 minutes (running an extra 2 miles just for the fun of it) and taking in some 12,800 feet of elevation. He took home a nice bit of crystal and a buckle designed by none other than ex-Ranelagh Owen Delaney. Gareth described the win as “beyond my wildest dreams“, a phrase most of us would probably use to describe just being able to run barely half that distance.

🏞️ Now in any normal week you’d think a 21 hour, 12,800 feet run would represent the longest in the club. But that would be to underestimate the number of Ranelites who are one bourbon biscuit short of a full (royal) house. Because that prize goes to one Mr James Ritchie – and if you’re sitting there feeling you didn’t do much with your weekend then this might make you feel a bit worse. James completed the Lakeland 100 in 32 hours and 5 minutes having taken in a mere 20,879 feet of climbing. Apparently the wheels came off after 42k. Now for most (sane) people the wheels coming off after 26 miles are probably because they’ve just collapsed over the line into a waiting foil blanket. In James’ case he had another 74 miles to run. Lesser mortals would surely have given up but he persevered because, in his own words, “I really didn’t want to have to come back and do it again!“. James was joined in the lakes by Thomas Lahille who took on the Lakeland 50 and finished in an absolutely superb 9th place and was joined by Richard Gurd in completing the course. Well done all and special mention to Suzy Whatmough who was both supporting and adding to her burgeoning Wainwright’s tally.

🏞️ Further kudos goes to Liam Joyce who completed his first ever Ultra at the Exmoor Trail Running Challenge, running a slightly more sensible 33 miles (it’s all relative!). Apparently the 6,666 feet of climbing were an absolute calf killer – they certainly sound devilish!

👰 With all that hill running how about something a little more gentle? The Wedding Day 7k, hosted by Stragglers and first run to celebrate the wedding of Prince Charles and Diana, Princess of Wales, is a much loved (and entirely hill-free) race which had been sorely missed in recent years due to COVID-19. The event returned with the ever-present Father Onn performing the ceremonies and setting everyone off on a slightly altered course around Bushy Park. The stand-out Ranelagh performance came from Sarah Palmer, who was third lady home and was richly rewarded with two bottles of wine and a cash prize. Clearly not content with her bounty Sarah returned for another bottle as the winner of the fastest local lady. Rumours that Sarah was spotted still in the park at 2am drunkenly shouting at a stag have not been verified. Jimmy Whistler looked more than a little disgruntled at not winning the equivalent local award given he quite literally lives about 300m from the start line. Instead he had to be content with leading the men’s team home with a highly impressive 9th place. James was followed in by Jonathan Smith, James Riley and Mark Herbert who thought they had won the men’s team prize only to find that James Riley’s chip hadn’t registered. Outrage ensued as the Stragglers disgracefully awarded themselves the stag trophy, but it turns out the men had in fact been beaten by a bunch of teenagers from St. Mary’s Richmond AC who managed to make even Jimmy look old. The ladies team also performed well with Lizzie Broughton, Natalie Haarer and Beverly Walsh rounding out the 4 to score. Plenty of the other Ranelites who hadn’t jetted off for sunnier climes also ran (shout out to Jarryd Hillhouse for a particularly eye-catching performance) and enjoyed the bar and BBQ afterwards.

🏎️ A brief bit of nostalgia now as we head back to last Sunday to belatedly congratulate the various winners of the club’s Summer Road Grand Prix. With the GP now truncated to just seven events the Elmbridge 10k represented the series climax. Now concentrate because this gets a little complicated. Rolling back the years to take the overall prize was the effervescent Mick Lane, who takes home the Wally Beauvais Memorial Trophy by beating some 79 other competitors. Second place went to the winner of the women’s category, Rachel Revett, who wins the Atalanta Cup. Third place in the overall category went to Janet Turnes who, due to the impenetrable mysteries of the Road Grand Prix scoring system, was beaten into fourth in the women’s category by Carol Aikin and Sally Bamford.  Carol just pipped Sally to the Vancouver Trophy for best VW50 whilst Rachel also took home the Ellen Clague Trophy for best VW40. Marc Leyshon grabbed the Veteran’s Trophy for VM40, in part because Mick was too old to win it! Instead Mick also takes home the WJH Cup for best VM50 to add to his burgeoning trophy cabinet. Got that? Excellent. Many congratulations to all the trophy winners.

✈️ As mentioned earlier loads of you were running on your holidays this week and we almost have to break it down by country! First up, big congratulations to 9-year olds Laura, Thea & Lyla who, as trailed in last week’s rundown, completed their epic cycle from Dieppe to Paris with Ranelagh Dads James Graham & Rick Jenner 🚲🥖🗼. What an achievement. Also running in France 🇫🇷 (and Switzerland 🇨🇭) was Sally Minchella, who was CCC prepping with Susan Ritchie and some disgustingly nice views in the Alps. Anne & Kev Kearey were in the wonderfully named La Rochebeaucourt-et-Argentine and Marc Leyshon seemed to be (skiing?!) in Morzine ⛷️. Meanwhile in Italy 🇮🇹 home boy Sergio Stillacci was joined by Alex Ring & Clare Warner who took on a very unique looking Mura di Lucca parkrun. Spain 🇪🇸 played host to a whole mini training camp of Ranelites including Daragh and Henry Fagan, Ed Perry, Chris Lepine and Tom Bradley. In Norway 🇳🇴 Ben Shore was taking in the beautiful surroundings of Bergen whilst in Turkey 🇹🇷 Nick Wright looked like he was getting his regular 5k in. Kris Davidson was in even more sickeningly beautiful climes hitting some hills in St. Lucia 🇱🇨 and it didn’t stop there as Dave Ready appeared to be XC prepping in some very boggy surroundings in Ubud, Indonesia 🇮🇩. Meanwhile closer to home Pembrokshire played host to Dave Lawley and Pat Wright, Nic Douglas was enjoying the surroundings in Devon and Stephen Logue was back in Ireland 🇮🇪. The Days were up in Alnwick taking on The Pastures parkun. Whilst the McLauchlan clan all took on Aviemore parkun and the Rushby’s had all five in play at Swakopmund parkrun 🇳🇦.

🧡 Speaking of parkrun, there’s not much room for everyone’s weekly outings but some notable runs included Natalie Haarer who followed up her Wedding Day 7k performance with an impressive 20:38 at Bedfont Lakes to be first lady home, followed by Kathy Henry as 2nd lady. Cordy Parker also took the first lady spot (and 2nd overall) at Poolsbrook in another bit of holidaying followed by local Bakewell pudding tart the following day. There were lots of podium spots including Erin McDaid at Tamar Trails, Melanie Thomas at Crane Park, Tom Cameron at Gunnersbury, Ted Mockett at Chipping Norton School, Osian Jones at Dreiländergarten 🇩🇪, Joe Gomes (not the footballer) at Southwick Country and Phil Collins (not the singer) at Old Deer Park. Well done to all of you and everyone else who ran.

📢 Entries for Tuesday’s Henty Relay are now closed. If you’ve entered and are unable to run, please let Narissa know straight away by emailing narissa.vox@gmail.com. Numbers will be available from the clubhouse on Tuesday at 6pm – please arrive in plenty of time to collect them ahead of the race start at 7pm. Looking forward to seeing everyone there – and also at the Roebuck for drinks after!

📢 There’s space for three teams of five runners in the popular River Relay, taking place on Sunday 4th September. The race starts at 9am from the Chapel of St Mary Magdalene on Lock Path at Boveney, and finishes at the Hawker Centre, Kingston. This distance is approximately 26.5 miles and the stage distances are 5.6 + 4.4 + 6.5 + 4.9 + 5.2. It’s a mixed team event – there must be at least one woman, the others can be a woman, a Veteran (over 40) but not more than 3 Senior Men. Entries are £17.50 (this includes petrol money etc). This is a fun day – think Green Belt Relay but smaller! If you’d like to be part of a team (or help on the day), please email Fionaldn@gmail.com or message Fiona on 07930399534

📢 Don’t forget to register (if you haven’t already) for the event of the summer: Dave’s cRaZy Track Meet! Open to all members + their family and friends, this great event takes place on Sunday 21st August @ Osterley track between 1 – 5pm. There’s something for everyone: music, picnics (BYO), and a mix of traditional, unusual, and novel events including 400m, beer mile, backwards 100m and many more. Sign up here: https://forms.gle/gdtt8WNrGdQ4DN9r8

📢 And finally don’t forget there is plenty of athletics on at the Commonwealth Games this week for those of you missing your World Champs fix! 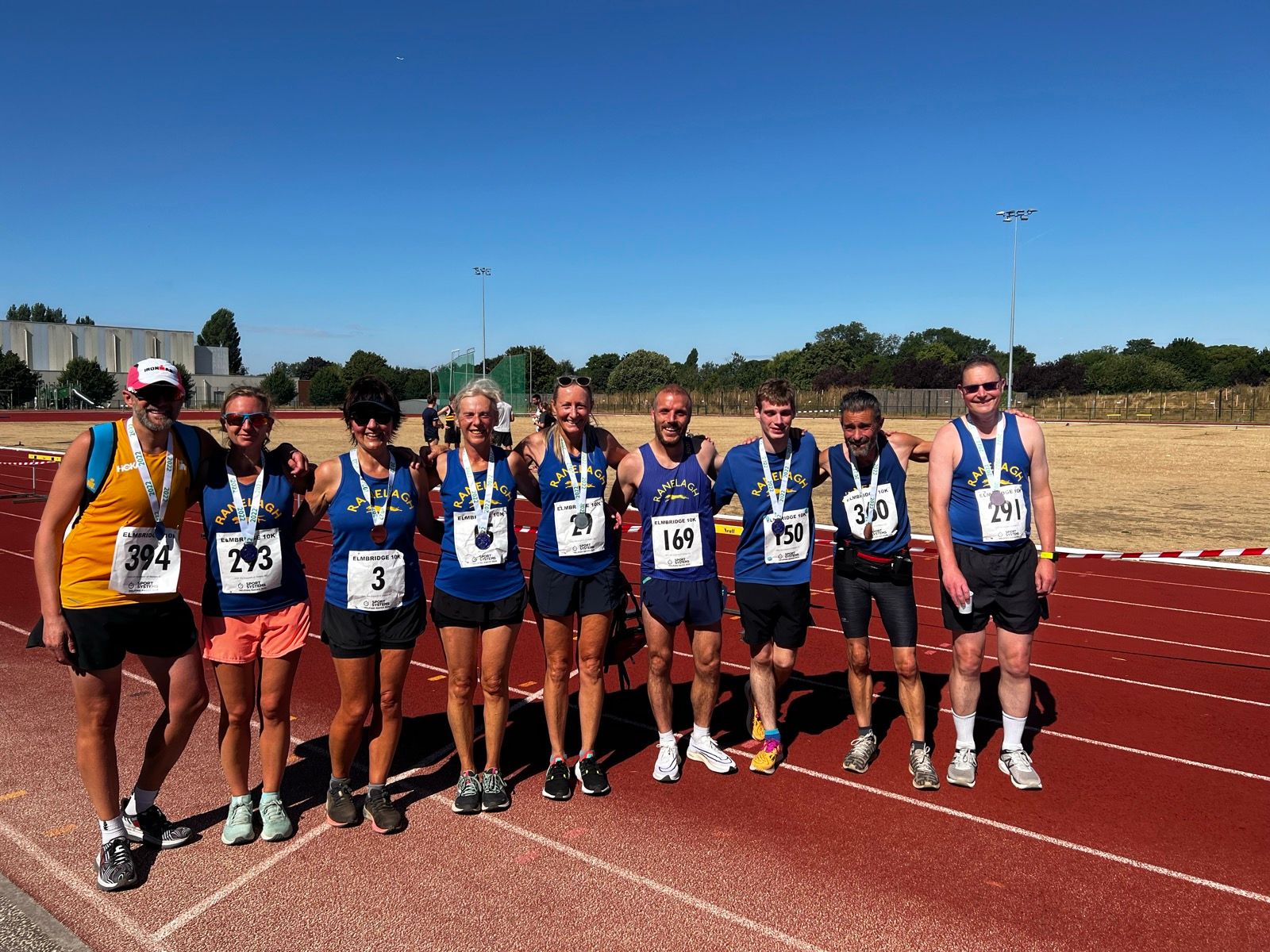