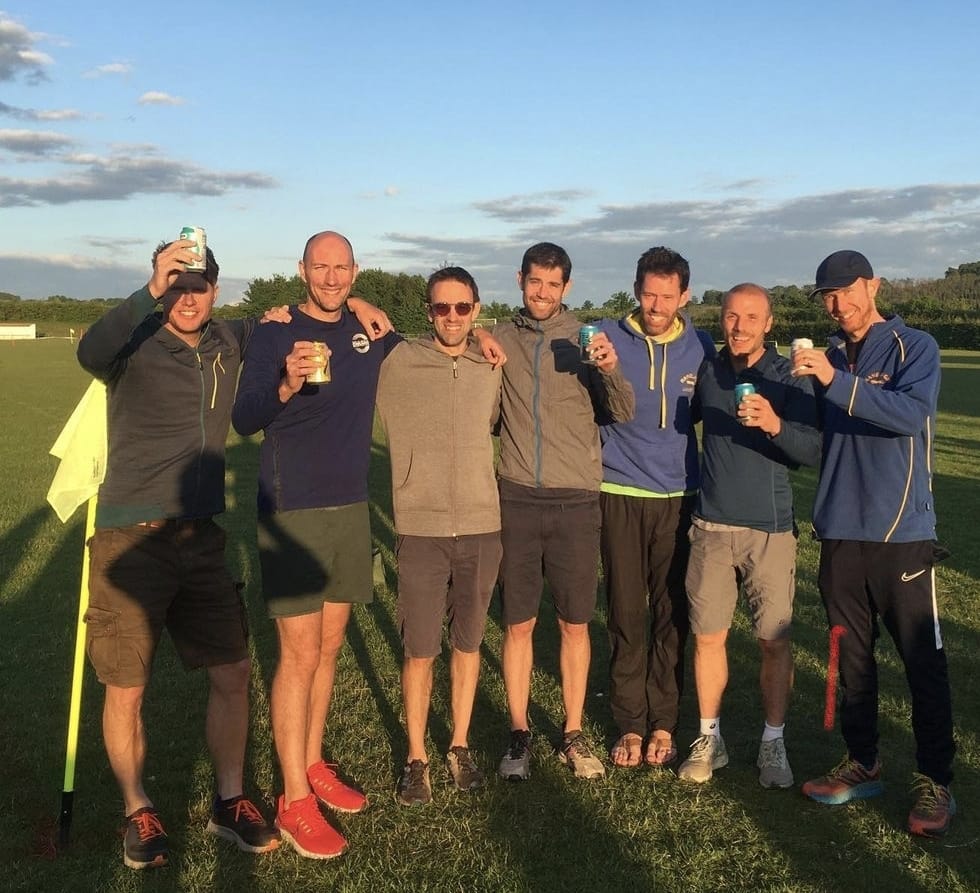 The highlight of each day will be as below:

1️⃣Monday 23rd. Temp 19°
🔶️ Our early bird runner James Riley started the week just after 5 am by being confused and dazed. Later on, Liam Joyce shook off the birthday booze by running 21km. Narissa Vox also had a chatty walk/run with Pete Vox and Kelly Thomas, I assume she was telling them stories of last week’s report that she couldn’t fill up in her weekly report.

🔷️ Susan Ritchie continued the second day of Cape Wrath ultra by runnig 57.5 km. Susan had had started this race on Sunday and ran 33.6km.

🔷️Earlier on the day,Susan Ritchie ran just under 55k on the last day of Cape Wrath Ultra. Well done Susan.

4️⃣Thursday 26th – Temp 21°
🔶️Clair Day and Sue Lear had different reasons for their afternoon run. The former complained that the life getting in the way of track sessions when switched it to Hammersmith loop, and the latter ran to forget her 💩ty day in office. Meanwhile club handicap chief Bruce McLaren had forgotten how enjoyable a lap of run in Richmond park is. Staying in Richmond park, Vireka Leaf had a little negotiation with a deer as who had the right of way (oh my deer, poor creature).
Shaun Griffith picked up a crown when tested his new trainers just before Edinburgh Half Marathon.

🔶️Rue Turner and his blue-beards relay crew started their run from London to Paris. On the first day, Rue 26.7 raced km.‌” It is described as five like-minded fools decided to run to Paris. Yes, run, not cycle. Each day for four days, we run one leg of around 12 miles each, totalling 240 miles between us”. Best of luck to them

5️⃣Friday 27th – Temp 21°
🔷️Beautiful sunny Thursday was perfect for long distance running. Richard Gurd ran 40k in Yorkshire three peaks, James Riley 34k of Trails Floats with Sally Minchella. Kathy Henry warmed up 20k without her headphone and sunglasses.
Meanwhile the injuries test run for Simon Martin was not satisfactory. There was failure in fitness, Achiles and abductor but at least pass for his calf. We look forward to see you back in running very soon

🔶️Back to run to the Paris route, Rue Turner completed the 2nd day by running 13.6 km.

🔶️South Down Way relay 100 miles:
100 miles relay started in Beachy Head and finished in Worcester.
Dave Lawley, Mark Herbert, David Ready, Ian Kenton, Ed Perry and Phil Killingley nailed and smashed 100 miles relay in 11 hours 25 minutes and 33 seconds. Each of them completed 3 legs. The champion of their day was Rick Jenner who did all the planning and logistics needs throughout the relay.

🔷️London to Brighton Run:
over 2,000 adventurers took on the Capital to Coast route and test their strength. Started in Richmond and it was over the North Downs with wonderful Surrey & Sussex countryside to half way at Turners Hill. The full 100 km route heads over the South Downs before the welcome sight of the Brighton coastline comes in to view. Kris Davidson from Ranelagh completed this course for the 4th (and possibly the last) time in 13 hours and 27 minutes. Excellent achievement Chris.
🔶️Rue Turner continued his journey to Paris by completing leg 2 of the day (23.5km)

🔷️Shaun Griffith set a new stunning PB in beautiful coastal of Edinburgh Half Marathon. The record is 1:23:55 (remember he tested a new pair of trainers, surely those save him few minutes 😉).
🔶️Down in Kempton Park, Gareth Williams came third in 10k race in 35:40. Chris Lepine ran the same race in 38:06. Neil Rae finished his Kempton Half Marathon in 1:39:32

Please save 18th of June for mini mob match vs the Stragglers in Old Deer Park.
It is the same course as Parkrun. More details will be send soon

Join us for a fully marshalled race round Ham, Teddington Lock & the Thames Path Suitable for all levels, with chip timing & a goody bag for all entrants 🥳 The race is also part of the Surrey Road League and Surrey Championships.
It only costs £16 for EA affiliated runners & £18 for non-affiliated runners so HURRY! ENTER NOW @ https://ranelagh-harriers.co.uk/10k
If you’re not planning to run, why not consider volunteering to marshal instead?
We have a variety of roles including those allowing you to run AND volunteer, so if you can help out, please email Gavin Hillhouse: ranelagh10khelpers@gmail.com 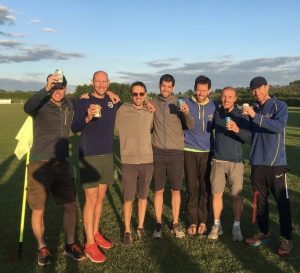 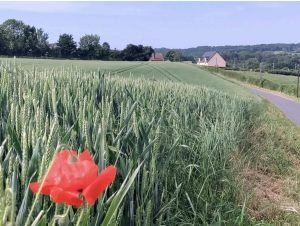