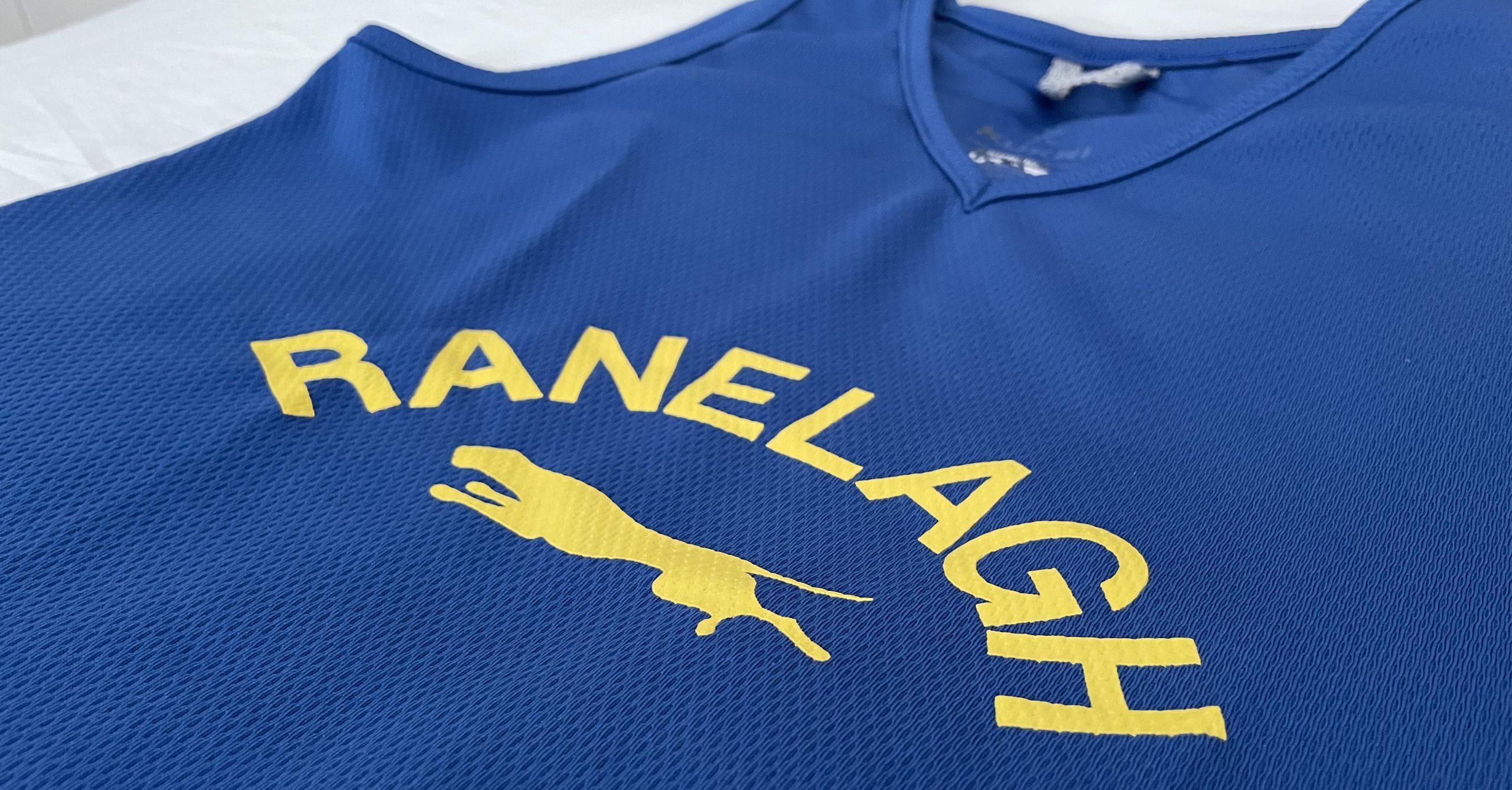 This event formed part of South London Harriers’ 150th anniversary celebrations. The idea was for all of the traditional mob match clubs – SLH, ourselves, Orion H, Blackheath and Bromley HAC and the oldest club of all, Thames Hare & Hounds – to field their respective “mobs” all together in a single race. SLH, have seemed in recent years to be losing interest in the mob format but unsurprisingly they pulled out all the stops for this one. There were 173 finishers in all, of whom 86 represented SLH and 87 ‘the rest’. Turnout from the other clubs was a little disappointing though obviously COVID-19 must have affected the head count. Blackheath & Bromley, Orion and ourselves were fairly evenly matched at about 30 runners apiece but Thames mustered only 9. I’m not sure on what basis team scoring was calculated but it looks as if we secured second place behind SLH. The race incorporated our annual mob match against SLH for the Stubbs Cup, which scoring 27 a side they won by 533 to 1139.

In the year 1871 Queen Victoria – still with thirty years to reign – opened the Royal Albert Hall; Scotland beat England 1-0 at the first Rugby Union international; Germany became unified as an empire and elected Bismarck as its first Chancellor; and Schliemann began excavating at Troy.  Ask the elderly of the day and they may well remember Beethoven’s music as something still quite new or the turbulent campaign which culminated in Waterloo.  The most important event, of course, was the founding of South London Harriers and Saturday was the day appointed for a celebration in the form of a mass mob match: ‘SLH v the rest’.

I knew when I arrived slightly later than I had wanted, and found that I was only the second club member to appear, that things were not looking good for our own Mob (and well done to Rob Curtis for stepping into the breach and taking care of the numbers until reinforcements arrived).  As we headed off to the start there were some welcome late-comers including Ross MacDonald but why he did not conscript his five-week-old daughter to run is a mystery: after all, in the SLH Clubhouse before the race I overheard someone from another club reminiscing about how his team captain had once persuaded their coach-driver to don vest and number, (though without apparently revealing much about distance or terrain, much to his evident later discomfort).  There was also much talk in the clubhouse of the difficulty of overcoming the anticipated Ranelagh Mob.  Up at the start, however, although Gordon Whitson was kept busy handing out numbers and despite the presence of the ever-reliable Dave Wright and other regulars, it was clear as we lined up that we had less of a blue wave and more of a blue ripple,

There were some suitable speeches and a blazing torch to add to the sense of occasion, though the fact that this was probably the largest mob match on Farthing Downs ever was enough in itself.  Notwithstanding our own relatively depleted numbers we gave a good rendition of the ‘Hobble Gobble’ which put the other team chants to shame.  Orion passed on the opportunity to recite its long pre-race exhortation, and Thames, as ever, had none (it may be the oldest club of all, as its gathered ranks were pleased to point out, but after more than 150 years it remains chantless).  SLH has also not quite yet got around to adopting a chant but Blackheath kindly lent to them a version of its own for the day, in addition to performing the original with conviction.

I have many recollections of waiting for the off at the SLH start in driving rain or horizontal sleet but, remarkably on an otherwise wet and windy weekend, the sun shone so warmly that even ‘Happy Valley’ for once seemed a pleasant place to be on a Saturday afternoon rather than a portal to an alien ice-world.  More exceptional was the sizeable herd of hefty cows which decided to join in during the first mile.  There was some brand new paving in one section of the course which came as a surprise to those in spikes (rather like the monstrous blocks of flats which have sprouted on the old car park in Coulsdon), and the notorious plough was, well.. er… newly ploughed.  On those parts of the course which have a steep camber it transpired that there were two kinds of runners: those with spikes and those who tumbled, including some of our own (whose injuries, if any, we hope were limited strictly to the ego).  Out and about there were numerous spectators who had come to watch the running-fest, including the ever-ubiquitous Steve and Sonia Rowland, Messrs Hedger senior and junior, Andy Bickerstaff, Suzy Whatmough and very many others, all of whose support was much appreciated (it always counts!).

Jon Pepper, running for first-claim SLH, came in second squeezing in one or two more races at the club local to where he lives before he heads off to pastures far distant, but Nick Impey in fifth led the Ranelagh contingent meaning that he is now club champion and that he carried off the splendid Wynne Cup (very well-deserved, too). Ross Macdonald and Ted Mockett filled second and third places. and Steph Tindall led the Ranelagh women home.  I’m afraid that at the finishing funnel it was fairly clear fairly quickly that we had not just lost the team event but had been thrashed.  Appropriately enough everything in this mob match of mob matches seemed to go the way of the birthday club, whether in each of the individual matches, or in the individual categories where SLH carried most of the day, providing the leading man and race winner, and the leading V50 in the form of the irrepressible Stuart Major, and just one place behind him Georgie Bruinvels the leading lady in 16th overall. Our sealed handicap went to President Ted Mockett ahead of Peter Haarer and Rebecca Bissell.

Many congratulations to SLH for putting on such a splendid show including bespoke numbers, a commemorative buff, and generous servings of restorative post-race tea and cake.

Unencumbered by the organisational duties we can concentrate on running! The next League fixture for both men and women will take place on Wimbledon Common at Roehampton Vale  on Saturday November 13th. Timetable:

PLEASE NOTE! The timetable was amended – that shown above is correct.

After the first League race our women are well placed in 6th out of the fifteen clubs in Division 1. Our men are in 8th place out of the nine clubs in their Division 1.

🔷🔶 VOLUNTEER OR REGISTER FOR THE RANELAGH RICHMOND 10K – YOUR CLUB NEEDS YOUR HELP! 🔷🔶

Please volunteer to help with the 10k on Sunday 28th of November. This is the only event this year that we have open to the general public, and it’s an essential opportunity for us to host other clubs and welcome potential new members. A huge part of making it a success is down to you – the amazing volunteers. So please check your diaries and let us know if you can help.
Stephen Whitehead is co-ordinating the volunteers. Please email stephen.whitehead@me.com if you can be available.
It is possible to run and volunteer – so please let us know if you are already registered and able to help, but we really need people who are not running to help with the marshalling. Thank you!

🔷🔶 REGISTER TO RUN THE RANELAGH RICHMOND 10k  28th November 2021 at 9am.🔷🔶
After two cancelations the Ranelagh 10k is back, and shifted for one year only from its traditional summer date it will be held this year on November 28th at 9am. Along with the Half Marathon in May it’s one of the key events that the club puts on for the general public each year – and it’s a fabulous opportunity to run a local race round Ham and the towpath. We’d love everyone possible from the club to be involved in some way – either running, volunteering, or both! It’s a great way to show our club at its finest, both in the race and in the way we welcome and look after the runners!  Book now https://ranelagh-harriers.co.uk/events .

CHRISTMAS PARTY on Saturday 11 December at the Anglers in Teddington from 6pm.

LAST CHANCE TO BOOK YOUR SEAT AT THE RANELAGH CHRISTMAS PARTY

Menu choices are available to book here @ https://bookings.designmynight.com/place-your-order?booking_id=61059c8133b12b243a584d97 and drinks will be ordered individually on the night 🍻 🥂

Deadline for booking is the 20th November and we would love to see as many of you there as possible.

Any questions, please let us know:,

As you may know, I am a visually impaired runner who regularly partakes in training sessions with intermediate two. I’m very keen to widen my pool of Guide Runners and therefore would invite anybody who fancies giving this a go to get in touch with me via email  – roger_wallace@sky.com  – or my WhatsApp group.

In advance, thank you.

Not so many this time, but Jon and Sue Lear made the journey to Barcelona where they both ran PBs with 3:56.23 and 5:10.18 respectively.

Louise and Paul Wapshott completed the hilly G3 15k at Guildford together in 2:25, and at the Dorney Lake 10k Tony Taylor ran 42.24.