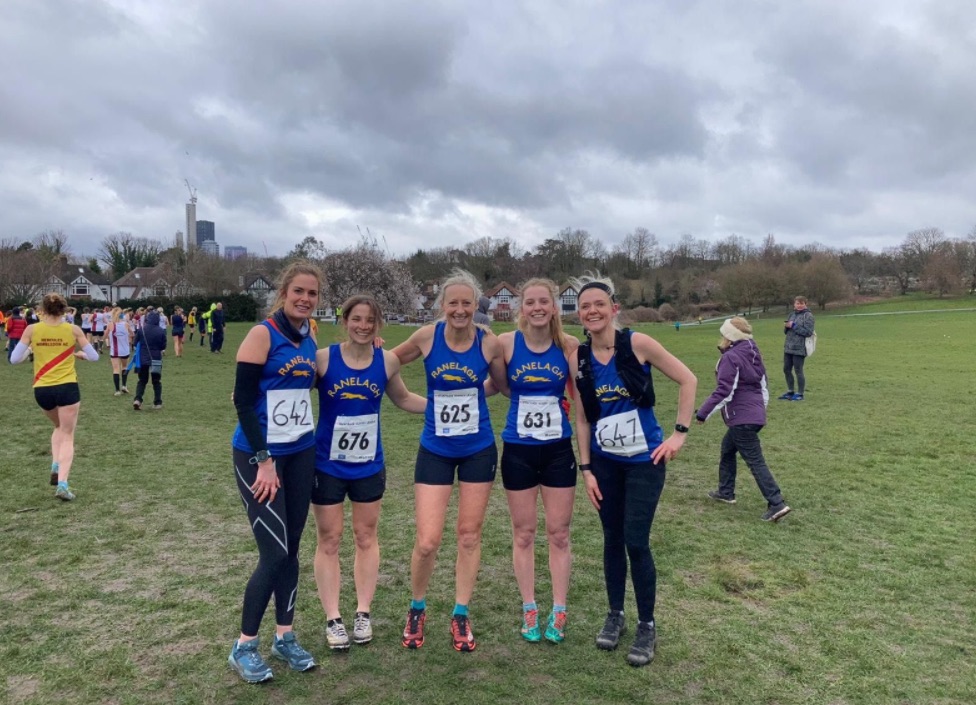 These are turbulent times in Europe, and our thoughts are with the people of Ukraine, with whom we share much more than just a love of blue and yellow. Let us hope that they can have their lives restored to normality as soon as possible.

We have been making the most of enjoying our freedoms to run in this beautiful area. This week we’ve run 6.396 km in 697 activities. Highlights of the week:

🔹 Monday saw the start of a busy week of racing for Aoife Kilpatrick with a 10 mile “Surrey Hills night trail” in the hills east of Guildford. Much much more to come from this iron-powered superstar…

🔸 “Why is she running when it’s dark and late?” asked a child of Cordy Parker’s spin along the river on Thursday. And indeed we as well as others question why we do this sometimes. A couple of hours before Tony Taylor was knocking off a 24km “Energy levels low” run, and shortly after Vierka Leaf was doing a “Would rather be in a pub kinda run 🤣”. But the only bad run is the one that you didn’t do, and as we’ll see shortly, Cordy’s was but a precursor to an absolute cracker….

🔹 The much anticipated and much postponed RUC Winter Ultra finally took place on Friday. With a field decimated with injury, illness, work commitments and more it was left to a hardcore of Bruce McLaren, Gareth Williams and Thomas Lahille to run XOF (aka a backwards FOX ultra), a 60km loop of Guildford. Michael Morris joined for the second half fun run. All starters successfully finished, though Thomas goes from a stunning ultra one win one week to being the recipient of the wooden spoon the next for a DNF last summer. He took it well though. (See picture).

🔸 And so to the weekend. Parkruns of note from Adrienne Baddeley (first woman at Richmond), Nick Twomey (first at Sandhurst Memorial), Kelly Thomas (running a new PB at Kingston, with help from Hadi Khatamizadeh) and birthday girl Fiona Jones (with a new PB, running at Southall and assisted by James Russell). Well done all 💪.

🔹 Fresh from XOFing, Michael Morris was racing the March Serpentine Handicap race. Richard Gurd meanwhile ran a half marathon at Kempton Park , with the wind not helping and ending just outside his target in 1:41:33. Keeley Phillips took on the “Purple Gecko 5k night race at Siblyback lake. Rolled ankle a mile in so just got round hobbling. It’s ok though.” Well done on getting it done Keeley.

🔸 Meanwhile in a hastily rearranged final Surrey League at Lloyd Park, things were starting to look a little bleak. With 5 to score for the women, the team consisted of two people. Relegation was starting to look very likely. Some excellent late volunteers stepped up to be counted and saved the day. Well done and a huge thank you to Lizzie Broughton (35:18), Cecily Day (36:18), Rebecca Bissell (39:48), Aoife Kilpatrick (“Last minute gin-fuelled decision to join the ladies team @ Surrey League” who had also done parkrun that morning, and of whom there is more to come, 44:04) and Jo Marshall (48:50). Ranelagh finished a very solid 9th of 15 ‘A’ teams.

🔸 Henry Fagan meanwhile has continued his policy of halving his finishing position in each of this seasons races. From 27th in Richmond Park to 14th in Wimbledon, 7th at Mitcham Common and now a stunning 3rd place at Lloyd Park, completing the 2.5 mile course in 14:35. Astronomical – we look forward to seeing all that you’re capable of.

🔹 And if all that hasn’t been enough for you, there’s been a bit of racing today too. Last week Shaun Griffith ran a massive half marathon PB, smashing through 90 mins. Today he’s been at it again. Despite saying “I thought I was running slow” he ran 1:26:25 at Cambridge Half Marathon. Great things to come from Shaun. Heading home for the Norton 9, and cracking the hour mark for the first time with a 52 second PB for 59:10 was Alun Thomas. Excellent running Alun.

🔹 Finally, something for everyone from the Riley / Minchella family: for those favouring quantum mechanics, we bring you James Riley’s “Schrodinger’s thigh… While at home it was neither injured nor not injured.” For those favouring a football analogy, we have Sally’s “Sall 1 shin splints 0 👍”. The key thing is, you both seem to be moving in the right direction. Keep it up, and that goes for all of you dealing with or returning from injury at the moment. And on that note, we hope you’re ok Paul Murphy after your “Dodgy stomach explore of Richmond public conveniences” run 😬!

Have a great week, get out there and have fun! 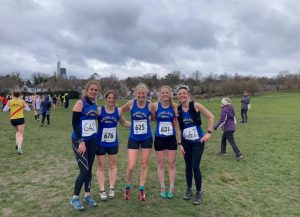 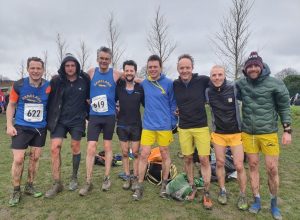 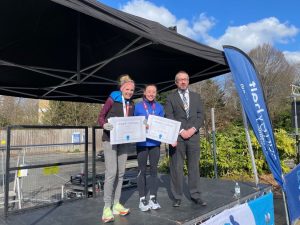 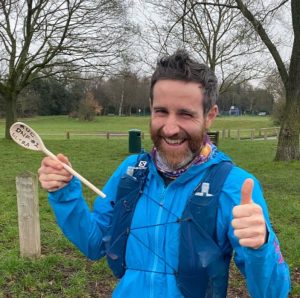